We are thrilled to announce that THE GRAND POST has received 2 nominations for the category of Best Sound Editing for next years Austrian Film Awards.

We would like to thank the producers (Nikolaus Geyrhalter Filmproduktion and Terra Mater) and their entire crews!

Congratulations to all the Nominees! 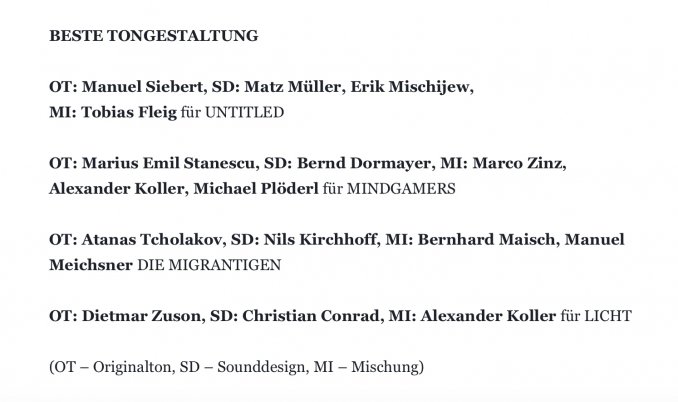